Konnichiwa everyone. I like my seaweeds in miso soup. It’s Boss from Japanese Snacks Republic.
Miso soup, to warm one’s heart and body on a cold day, is just the best. 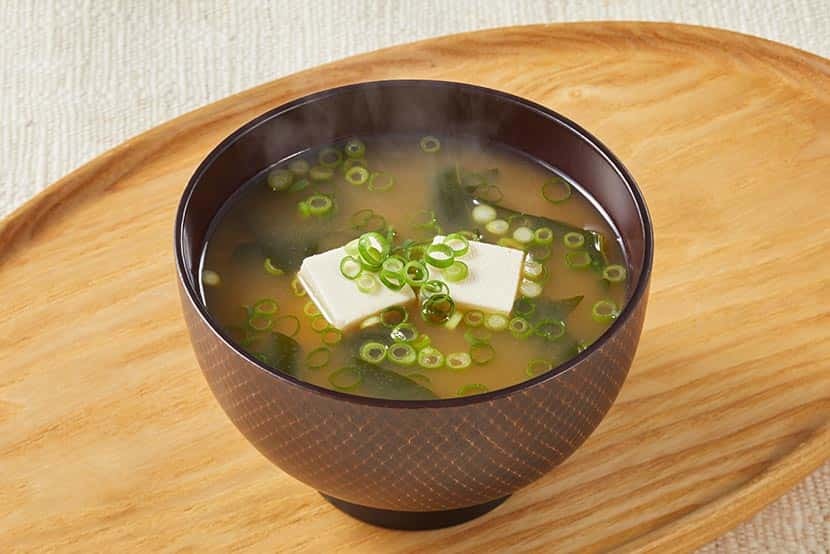 Konnichiwa everyone! Recently, I’m really into putting seaweed in rice balls! The slight saltiness and the distinct flavor! The fresher the seaweed and the rice are, the better the combination. It’s Saori from Japanese Snacks Republic! 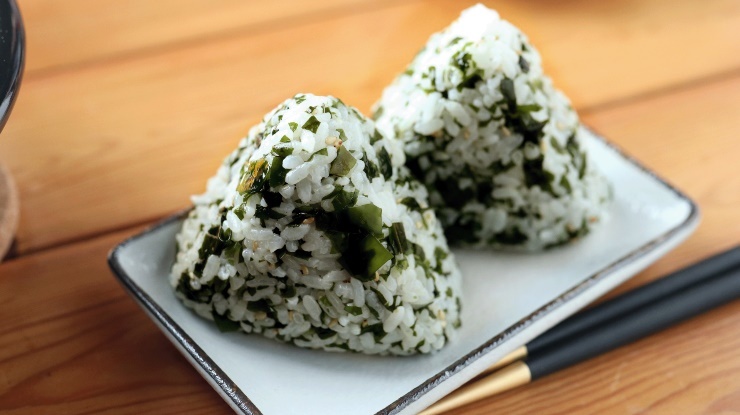 Right. Japanese people like seaweed, but what’s getting eaten is actually only the soft leaf portion. And so today, we are introducing a delicious seaweed snack that came out of an idea to make use of non-leaf portions of the seaweed! 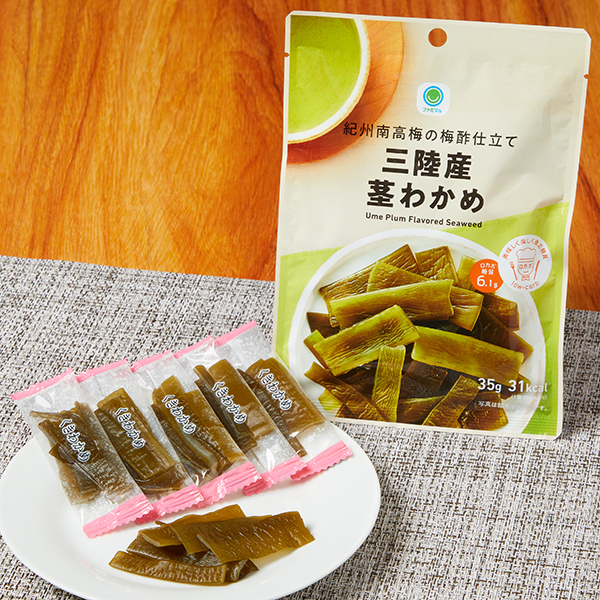 What kind of food is Kuki-wakame anyway? 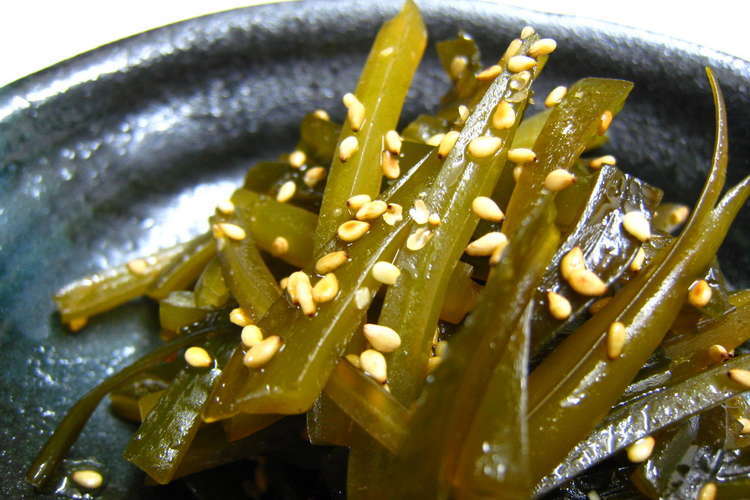 Kuki-wakame is a product where seaweed’s center portion, the stem, is cut and then processed. Seaweed commonly sold in stores is the leaf portion, and the stem was rarely eaten previously.
One day, a snack company worker heard that “fishermen eat Kuki-wakame (seaweed stem) as snacks, the stem portion is full of nutrients and has a snappy delicious texture.” So this worker decided to enhance the Kuki-wakame so that it’s easier to eat and to spread it among domestic households.
The company worked hard, developing a tangy and delicious sour-plum flavor, as well as enhancing the seaweed’s natural flavor. They also worked on details like individually packaging for eating ease. Today, Kuki-wakame is loved as a snack that’s healthy and fun to bite. 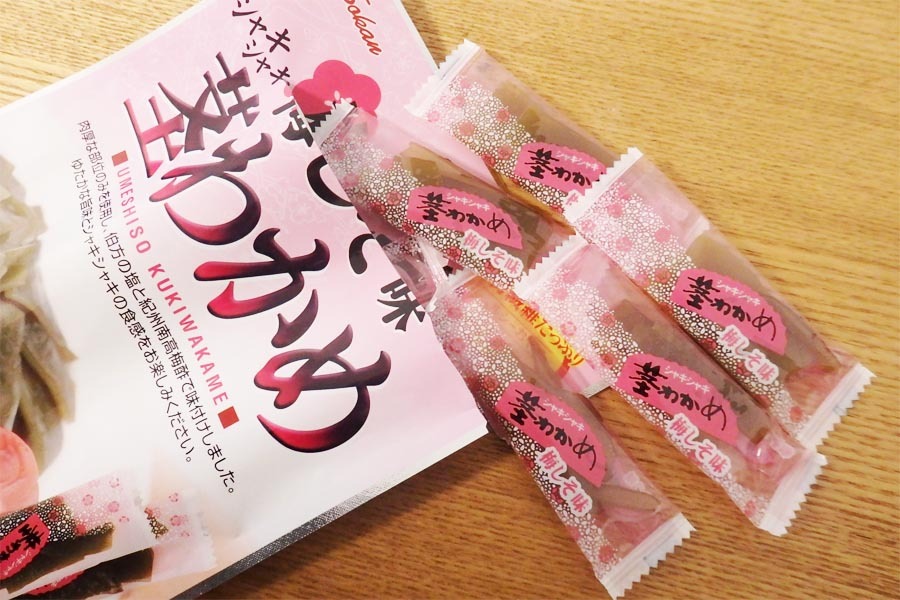 Kuki-wakame is popular as a health-conscious food in Japan, do you agree?

Yes. It’s unique because it’s low in calories but high in nutrients! And its firmness is so good, so I keep wanting to pop one in my mouth, bite it a lot, and go for another one for its tastiness. It’s such an attractive snack~!

Seaweed flavor and sour-plum flavor, which one to recommend? 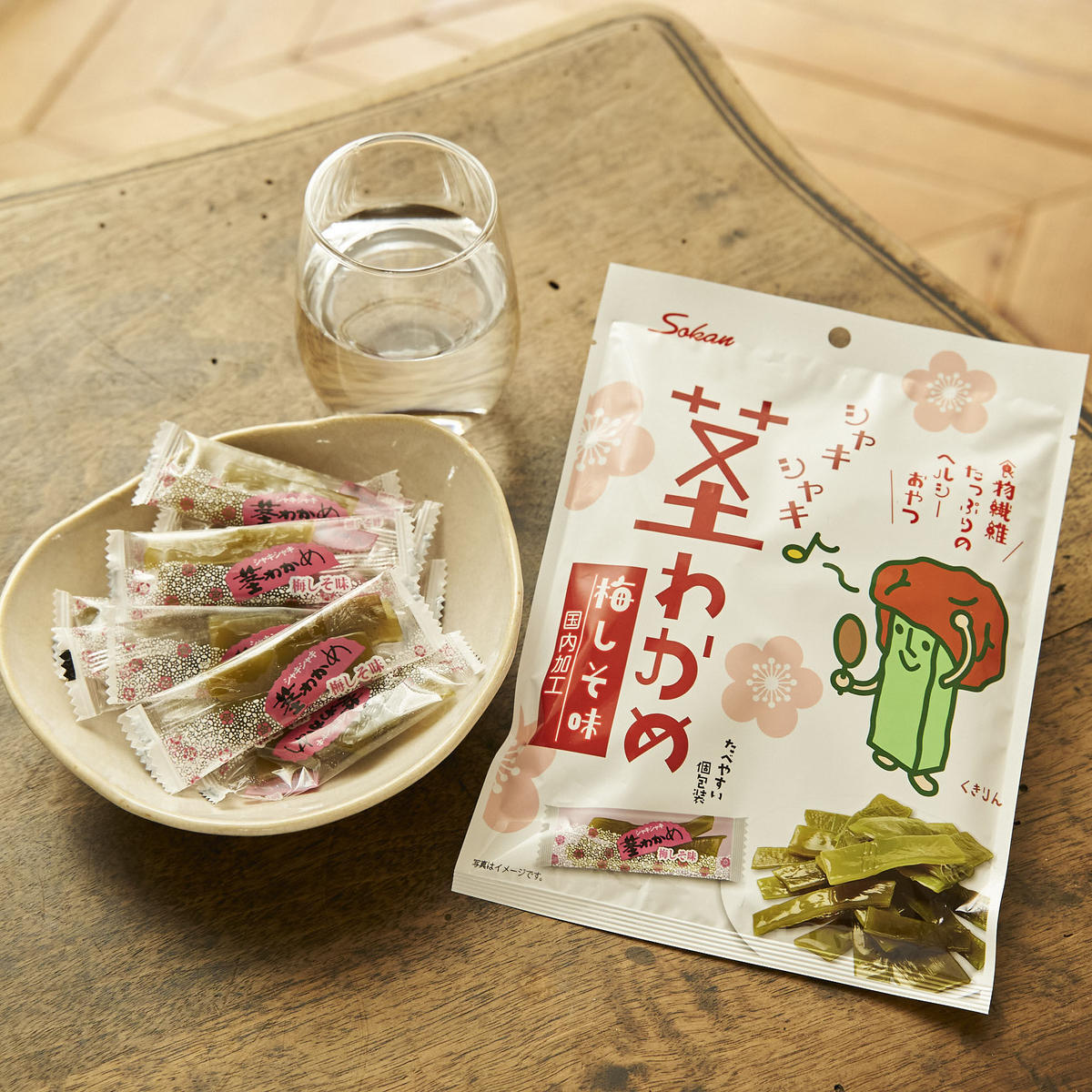 （In my opinion)I recommend the sour-plum flavor!
The sour-plum’s tanginess and the firmness of seaweed stem matches so well, and it’s easy to eat even for first-timers!

And so, if someone’s reading this article and thinking of trying Kuki-wakame for the first time, which would it be: the regular seaweed flavor or the sour-plum flavor? 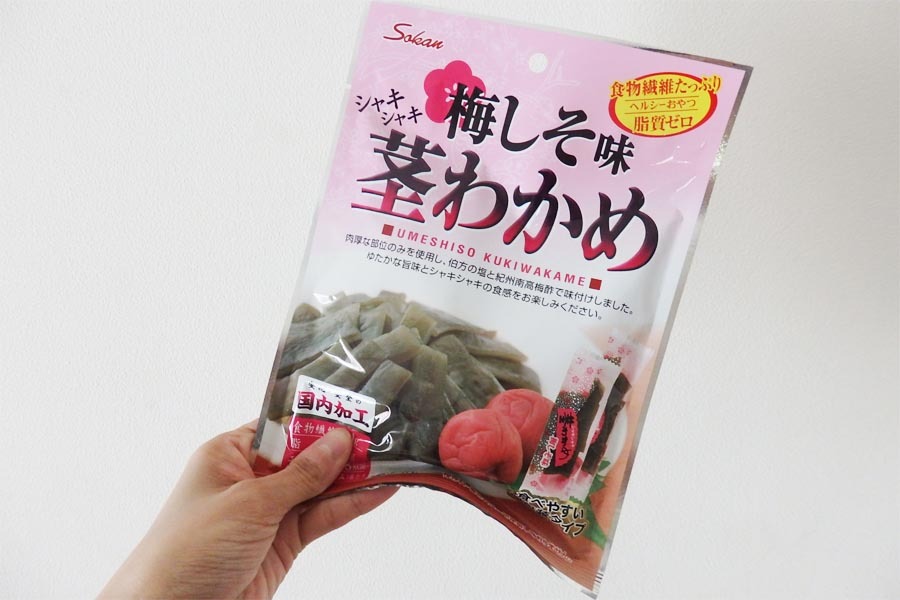 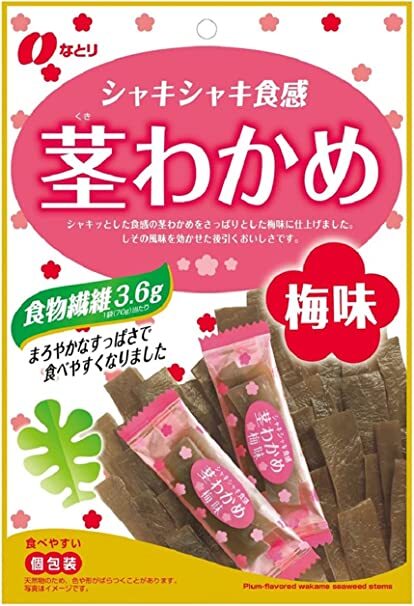 Alrighty, that’s about it for now! Let’s meet at the next article!
See you~!!
Kuki Wakame (Seaweed Stem)